Today is my third anniversary with Louis’ second favorite person, Brett, but, perhaps more importantly, it is the one year anniversary of FORT KICKASSHOLE!

About a year ago today, I received a big awesome box from some online order and the kitties took to it immediately. Brett made it into a little house with windows and a big doorway. Then we broke out the sharpies.

The living room has never been the same since! 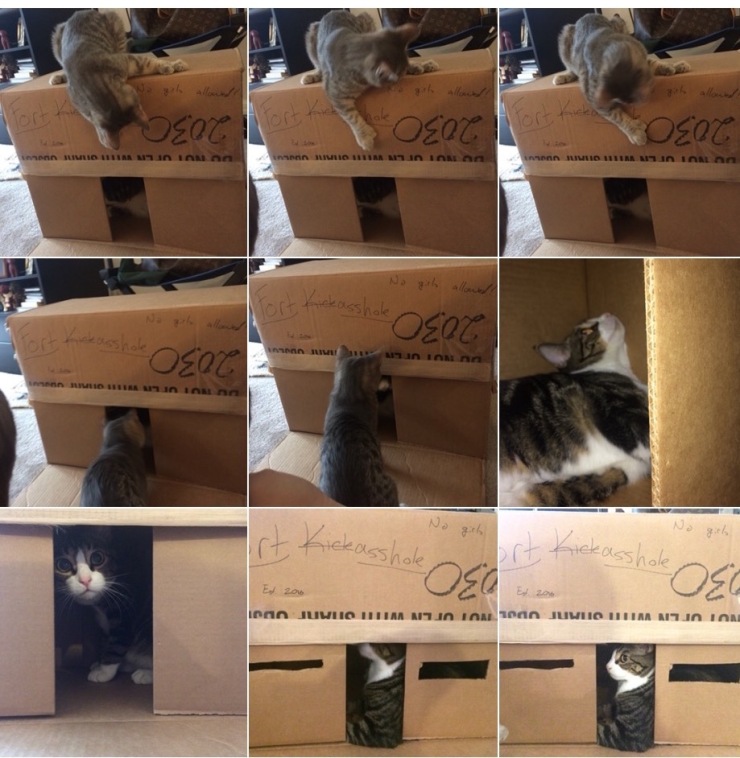